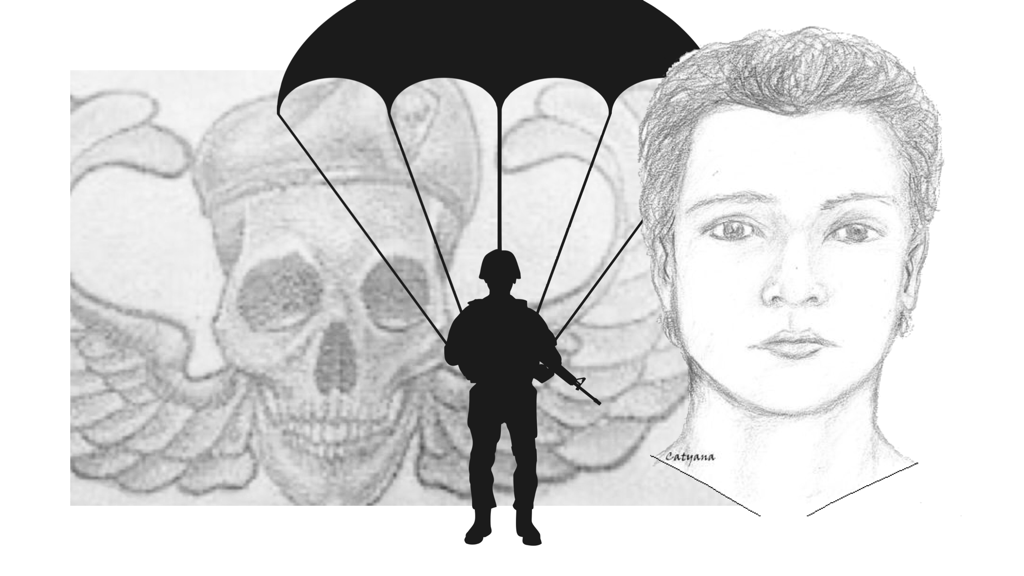 Body Found: May 26, 1984 (Memorial Day Weekend)
​
Crime Scene: He was found floating in a canal at the rear of a building in the 500 block of Bayshore Drive, Fort Lauderdale Florida

Description: He was a white male with brown hair and possibly brown eyes. He was wearing a tan bathing suit.

​There were distinctive tattoos on both arms. The tattoo on his left arm read “Born to Fly Free" with a picture of the winged horse Pegasus. He had a U.S. Paratrooper tattoo on his right arm depicting a skull with a red beret.
Florida Unidentified Decedent Database Info 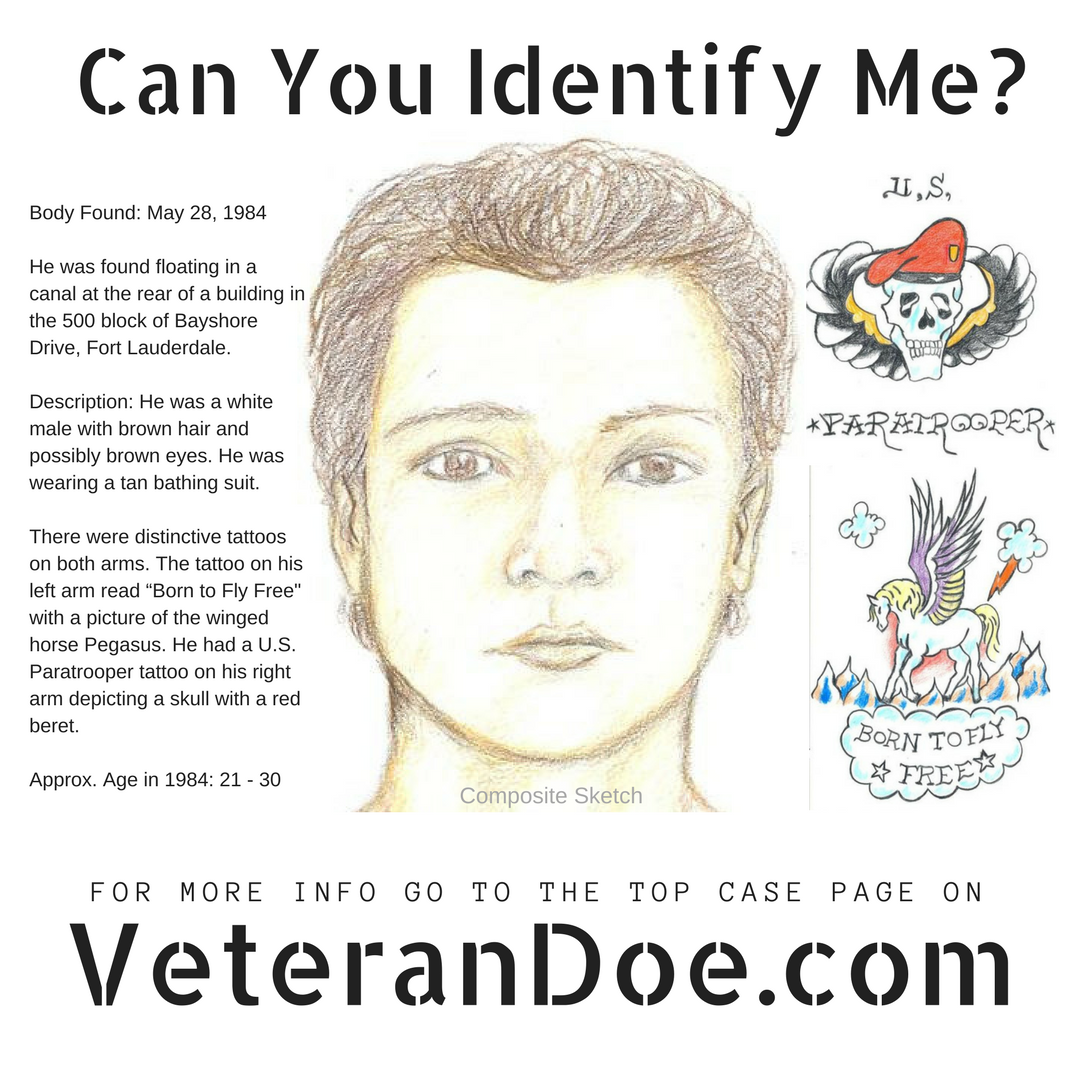 A similar tattoo to one he had. 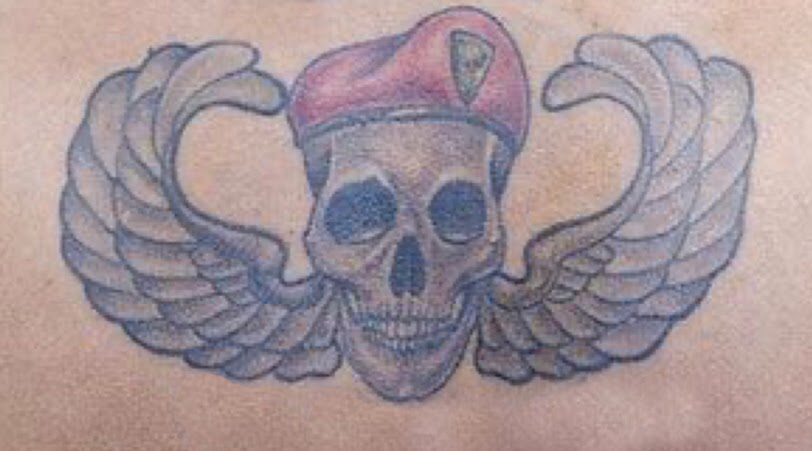 Full case report from NamUs - ​https://www.namus.gov/UnidentifiedPersons/Case#/1254
His blog page: ​Feel free to comment on there and post useful links for this case.
http://www.veterandoe.com/unidentified/unidentified-person-florida-us-paratroopers

From Wikipedia - ​Paratroopers are military parachutists — military personnel trained in parachuting into an operation and usually functioning as part of an airborne force. Military parachutists (troops) and parachutes were first used on a large scale during World War II for troop distribution and transportation. Paratroopers are often used to seize strategic objectives such as airfields or bridges.
​From GoArmy.com - Current REQUIREMENTS

I had wondered about that Pegasus tattoo for a while and how it was or was not indicative of any service time. I had thought that perhaps it indicated something like this but a gentleman who was serving in Alaska in the 80's said this did not exist then.
**If you are looking for the original Veteran Doe, he was identified. His case info is on this page. **

​Share This Page! You may be the key to bringing someone home!